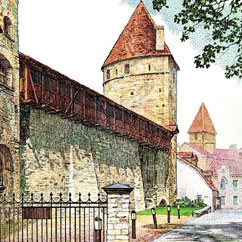 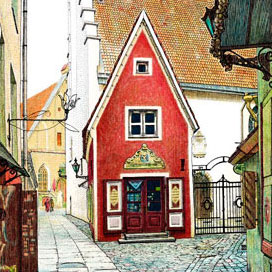 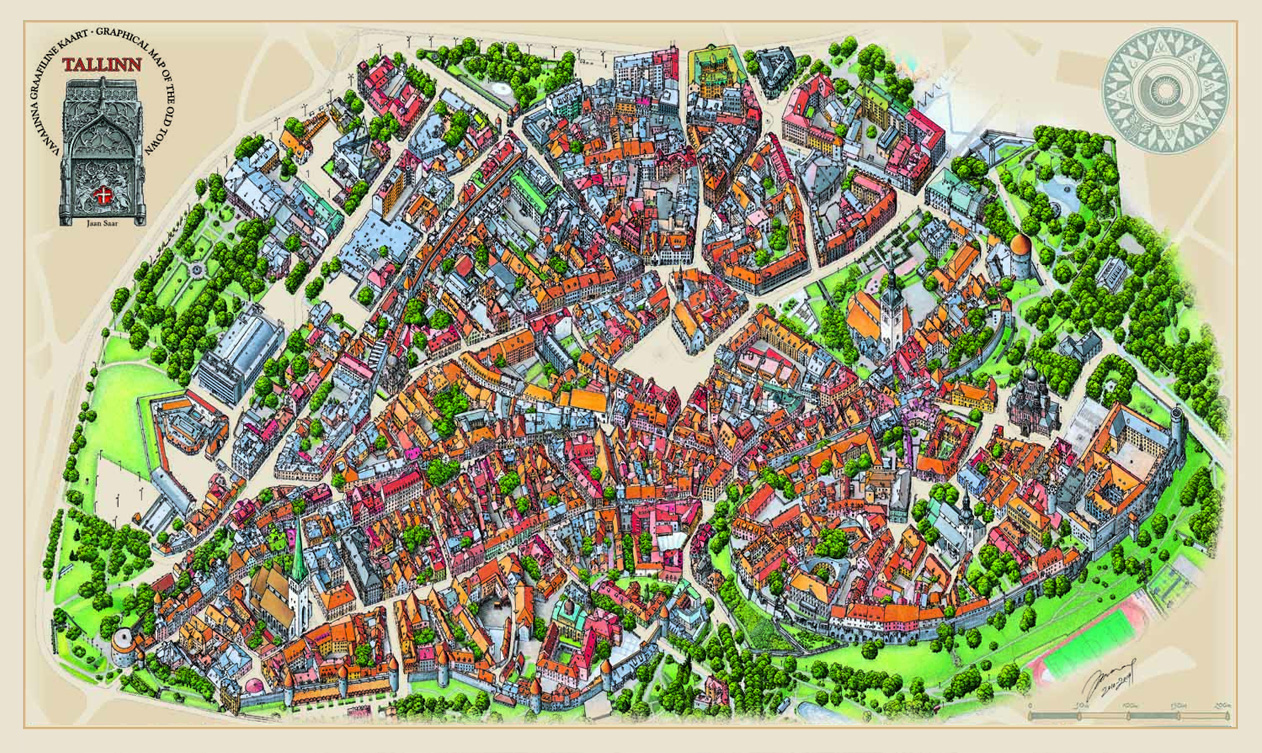 The Creation of the Graphical Map of Tallinn Old Town

The Graphical Map of Tallinn is not a topographical map - it is a complete illustration of the Old Town, drawn to be as accurate as possible. The map is suitable for getting to know the Old Town and navigating it, but not for the precise measuring of distances. 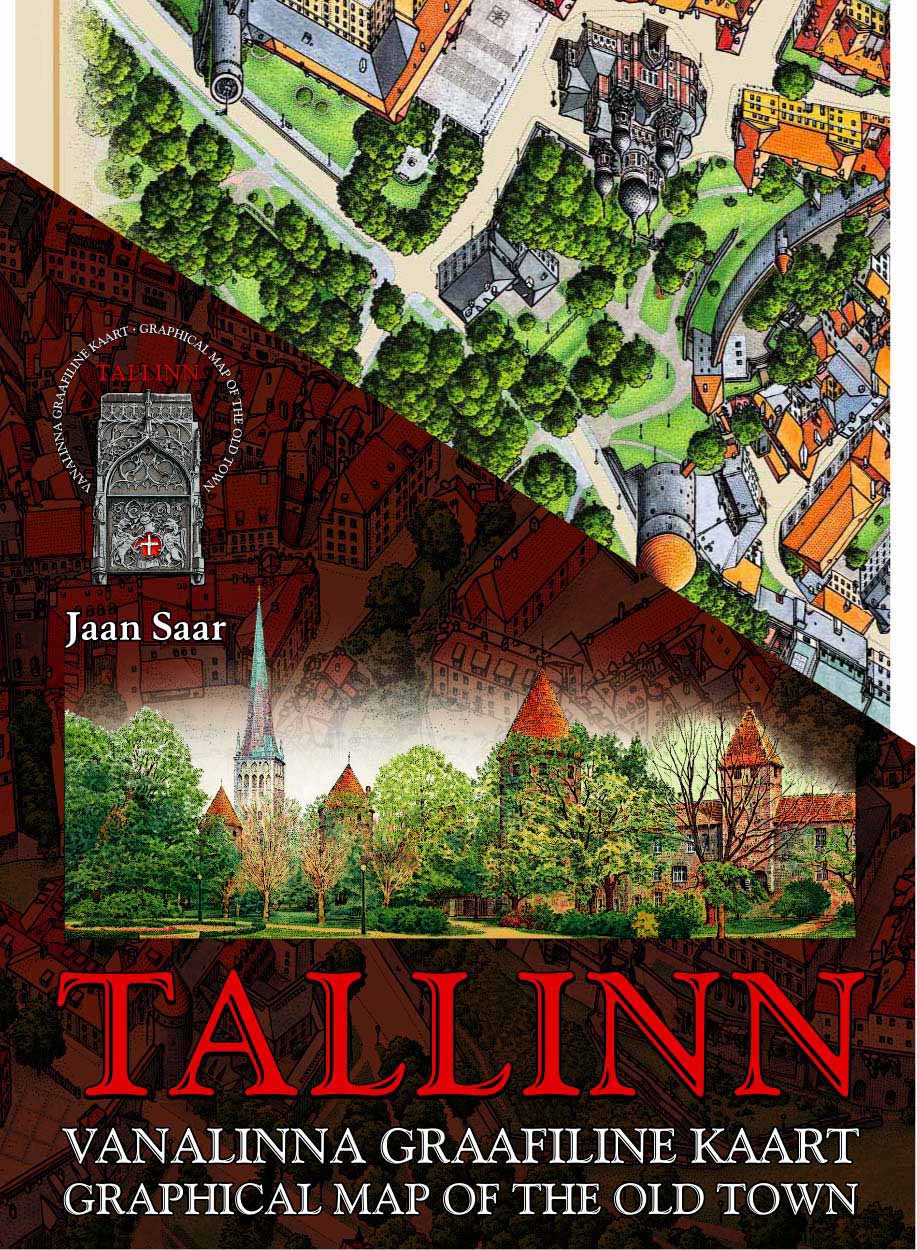 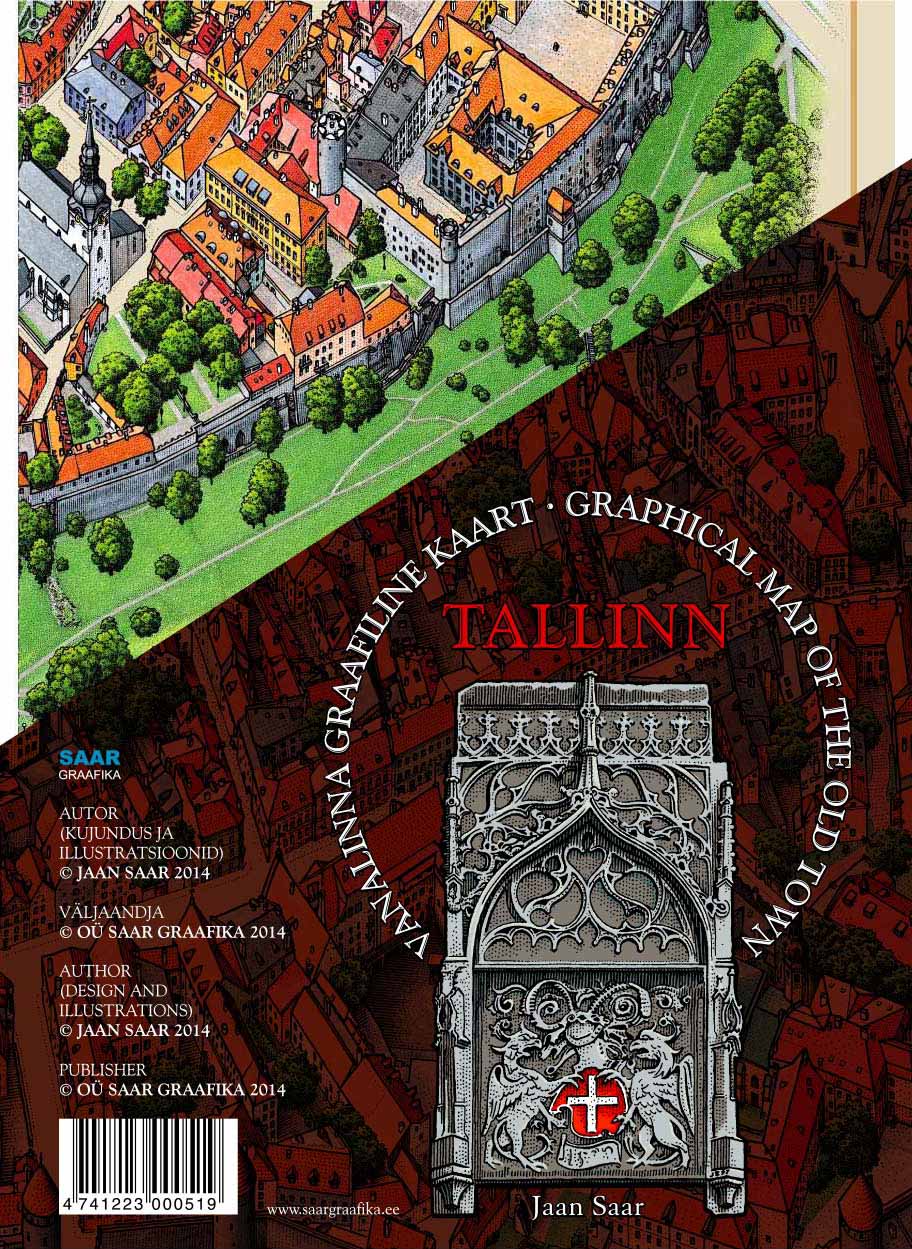 I started drawing the graphical map in January 2010 and finished in August 2014. During this period I visited all the streets, yards and turrets of Tallinn where it was possible to enter and I took over 14,600 photos. Sometimes I also had to use images available online, these were, however, only used as a reference and never copied.

The basis for the map was a digitally designed outline of all the streets which served as a starting point for the original pencil drawings for the various parts of the map. A complete outline was necessary in order to later fit the many drawings together.

Since a single drawing would have been far too large and awkward to scan, I divided the image over A3 sheets of paper. I started the drawing of each part with a pencil outline and then proceeded to draw the outlines of houses, adding details as I went.

I concurrently visited whichever area I was in the process of drawing, taking additional photographs and familiarising myself with the surroundings. If I did not gain access to a courtyard, or did not fully understand the structure of a roof, I researched online. Most of the time, I found at least something, however, there are a few inner courtyars where the windows are missing because I could not find the information.

The heights of buildings are approximate, based on the comparison of the buildings with the heights of known landmarks. The scale of the original drawing was roughly 1mm=1m, which served as a guide.

Dome Hill and its surrounding areas were particularly work-intensive, since I had to take into account the rising of the ground. Once the pencil drawing was completed, I began the inking process. I used a 0,25mm Rapidograph. The map consists of a total of sixteen A3 and six A4 sheets, as well as a few sheets of corrections. The entirety of the black-and-white part was digitally scanned and put together without much retouching.

In order to serve the clarity of the final product, the coloured part had to be drawn separately. To achieve this, I printed the Indian ink drawing onto eight sheets of quality A4 drawing paper in light grey and began the colouring process using pencils.

Since I had forgotten much in the time that had passed, I had to dig the photo archive out once more, due to the fact that I could no longer remember the exact tones of the houses and roofs. Google Street View, which had debuted in the meantime, was also a huge help, as well as the orthophotographs of the Estonian Land Board, without which the completion of the colour part would have taken considerably longer. I completed the colour illustration in slightly more than two months.

When all of the images had been completed, the task of scanning and fitting them together digitally, began. The last illustrations to be drawn were the extras - the scale and the compass. I added the background and the colour of the streets digitally, as well as the text and the illustrations of sights and it was time to go to print. 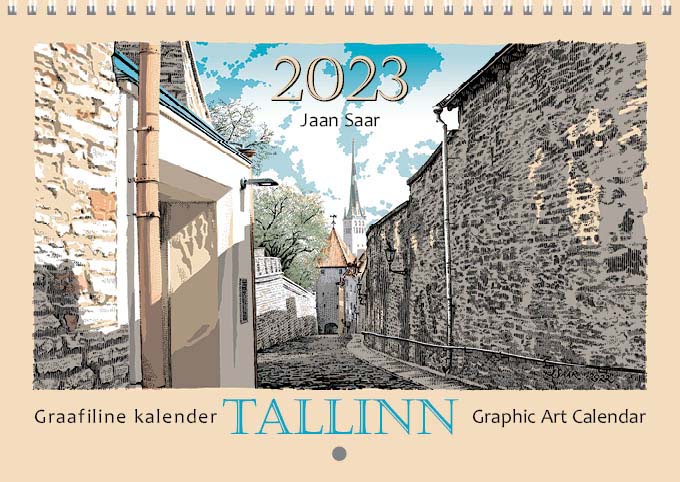 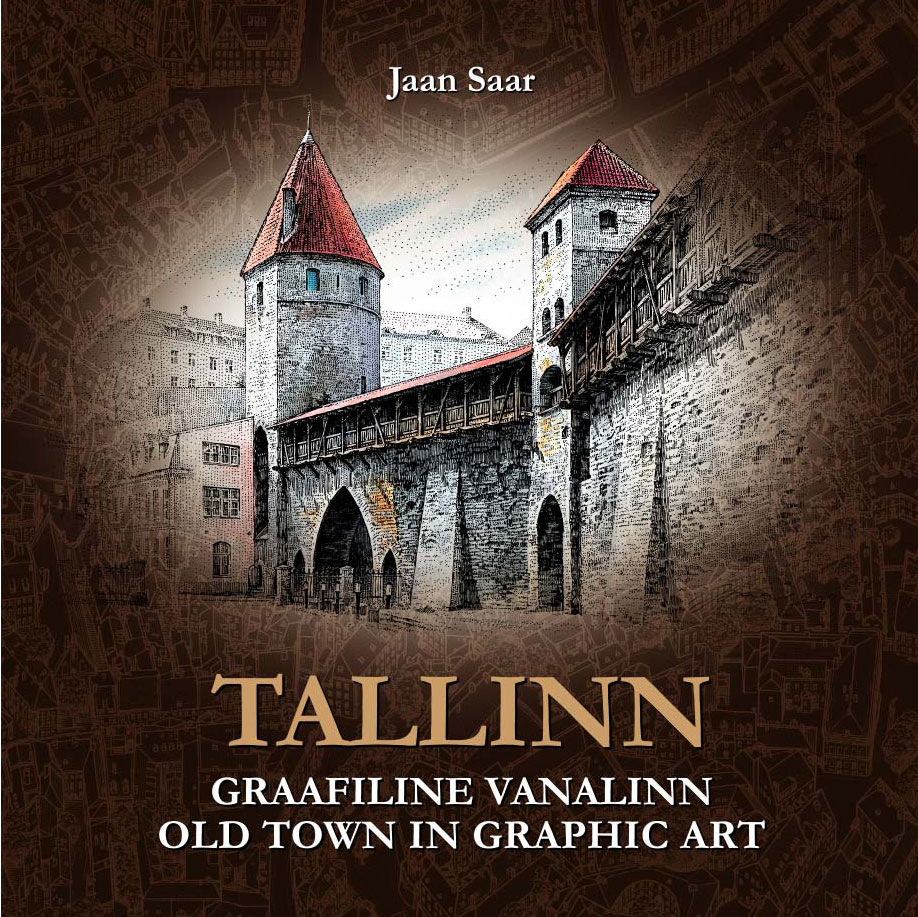